Jim was a founder member of Ludshott Photographic Club, and over the years since its inception in 1995 he has acted as Workshop Co-ordinator, Vice Chairman and Secretary.  Always willing to help new members, Jim contributed hugely to our development as a photographic club; so much so that speaking of him to long-standing members almost always provokes the comment, “Jim was such a help to me when I first started”.

Having been professionally involved with printing, Jim’s expertise was of inestimable benefit to those preparing images for competition, but there was little that happened in the development of the club that did not reveal the hand of Jim Henson.

Jim was instrumental in obtaining a lottery grant to buy our first projector in 2005, and he was also involved in setting up the Venture Groups, starting the Grayshott Venture Group, which ran for several years.

In retrospect, it seems inevitable that Jim would become one of the original Audio-Visual workers in the club with a style of his own that reflected his great talent as an artist.  It should surprise no-one that Ludshott Photographic Club’s open audio-visual competition bears his name.

Although Jim Henson’s recent ill health robbed us of the pleasure of his work and company, his passing leaves a hole that cannot be filled and he will be sadly missed by all of us who had the honour to know him.
To see some of Jim’s work click here 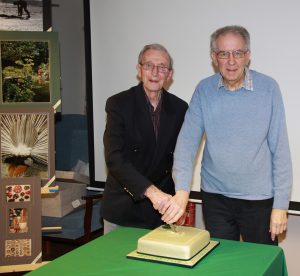 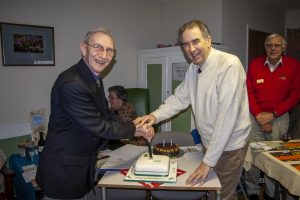