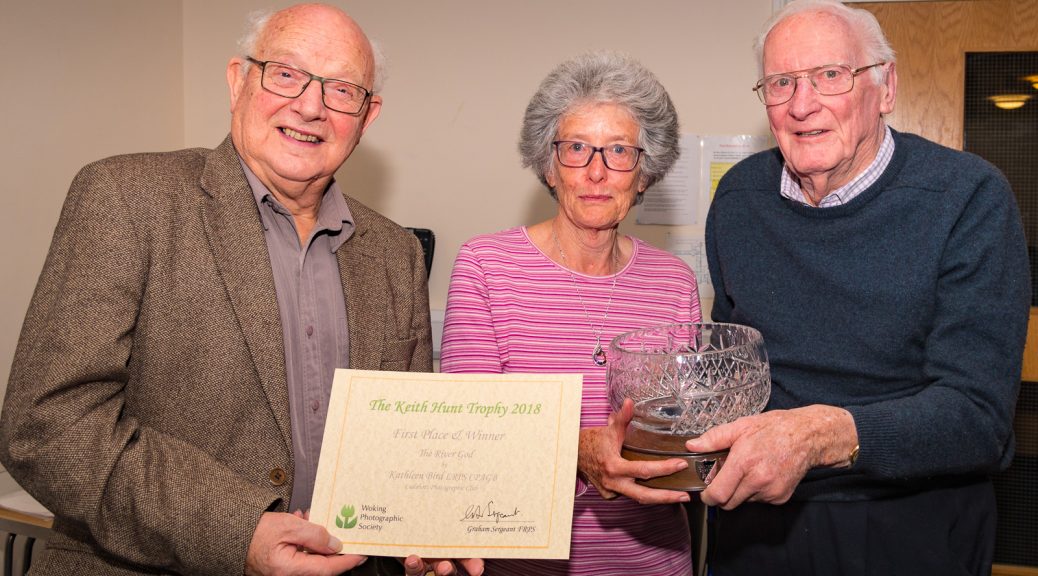 On 23 October 2018 six members went to Woking Photographic Society for the Annual Keith Hunt Trophy Audio Visual competition.
There were 15 entries, 3 from each club, judged by Graham Sergeant FRPS.  Harold Russell received  a highly commended certificate for “Hunter”, and Keith Hunt presented the trophy to Kathleen Bird LRPS CPAGB  for her AV entitled “The River God”.
This is the third time that Ludshott has won this trophy. Brian Marjoram won it once and Kathleen has won it twice. In the 10 years that the competition has been running Ludshott has won it 3 times, Godalming twice and 5 other clubs once each.
Full results were 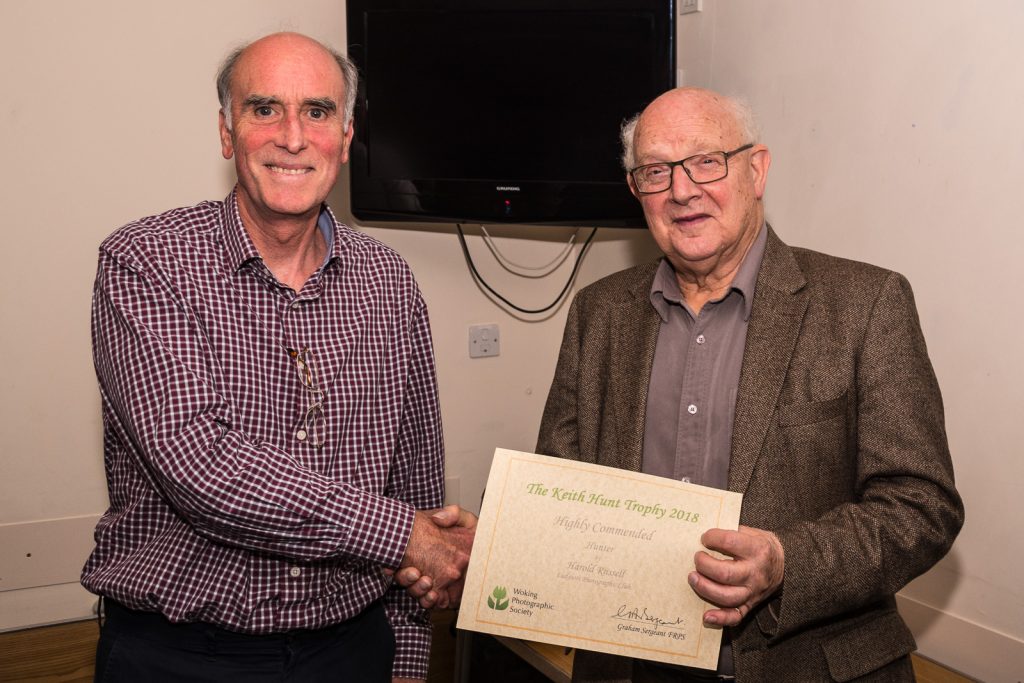 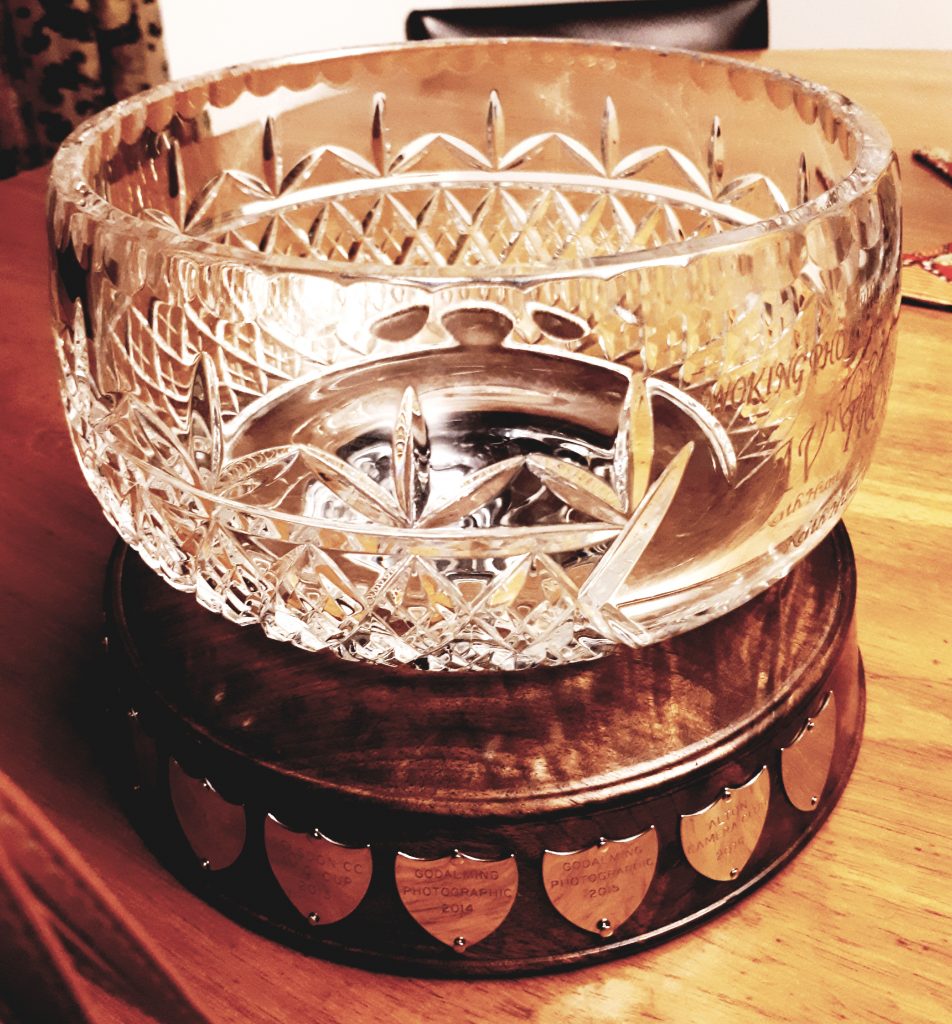