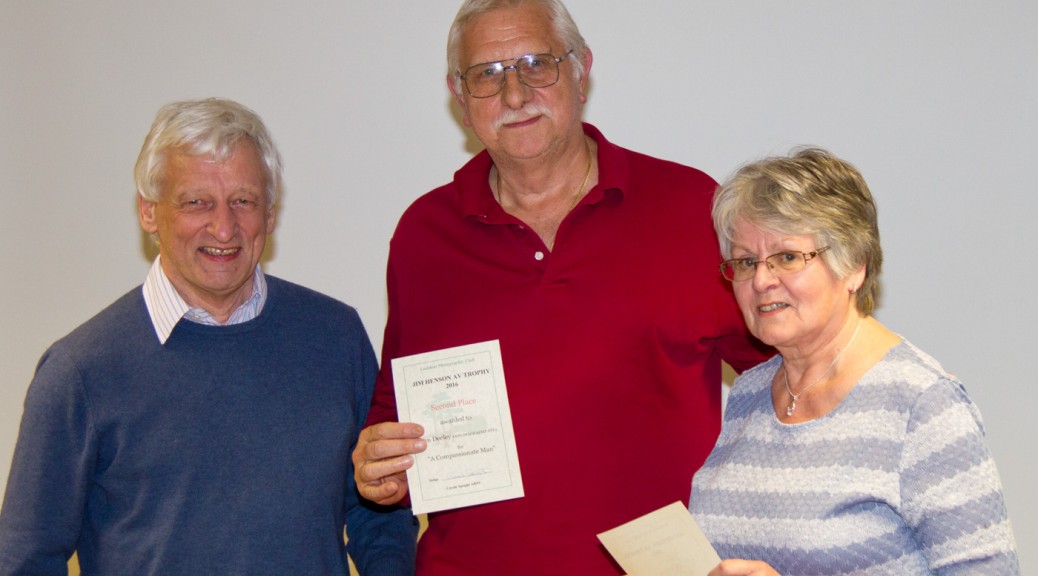 The Audio Visual group has 11 members, with between 8 and 10 members attending each meeting through last season. We had 5 meetings between October and April this year. There have also been a couple of introductory sessions for 5 people not in the AV group who wanted to see what is involved. If any of you are interested in learning more about AV please tell me, and next season we could run some beginners evenings. Just be aware that it is a time-consuming occupation!

In November we had a friendly AV evening with Alton Camera Club and Windlesham and Camberley CC. This is a regular event  and next time it will be here at Ludshott on 16 January 2017. All members are invited to attend, and AVs from all 3 clubs will be shown purely for entertainment.

On 10 November we entered the Keith Hunt trophy competition at Woking,  judged by Paul Keene FRPS MPAGB.
The winner was, ‘Thistlegorm Remembered”, by Len Deeley of Godalming Photographic Club with the voice of David Bird.
Second place was awarded to “We never go out any more”, by Kathleen Bird .
Third place went to “www.love (technology)”, by Peter Walmsley and Mike Reed of Windlesham & Camberley Camera Club.

In March Carole Speight and Graham Sergeant entertained us with an Audio Visual evening here, and in April Carole came to judge the Jim Henson Trophy. This is a new competition aimed at promoting AV among clubs in and around Surrey. There were 17 entries, and we had the excellent result of keeping the trophy here at Ludshott. For more information click here,

In April there was the annual Mid Thames AV Day at Wokingham, which some of us attended, an excellent day with Ian Bateman commenting on our AVs in the morning, and showing us some of his excellent shows in the afternoon.

Kathleen has been to the U3A photographic group in Farnham and to Kingston CC this year to tell them about making AVs and to show them a selection with different subjects. Both events went well with a great deal of interest being shown.

Our set subject for the year was “Old buildings”, and for next season it is “Liquid”. Good luck with that, it doesn’t sound easy!